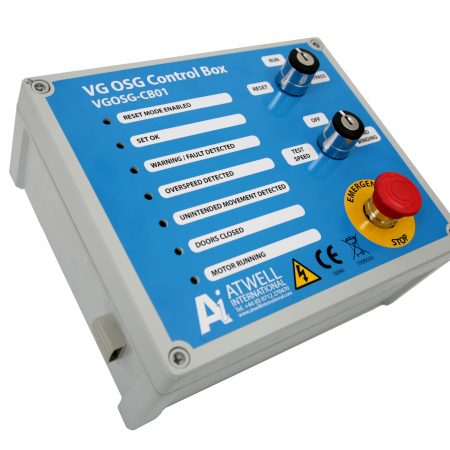 The VGOSG-CB01 unit connects directly to the main lift control panel, where it can receive power and signals to tell if the lift doors are open. It also sends signals to the lift to say stop on the next floor if there is a problem, or emergency stop.

The VGOSG-CB01 has an internal battery back-up system for the event of power loss, and switches seamlessly from mains power to battery and back again without the need for manual intervention to reset the governor.